In his own words: “About Me”

One month before he passed away, AJ finally finished his website.

On there he wrote an “About Me.” These are his words. 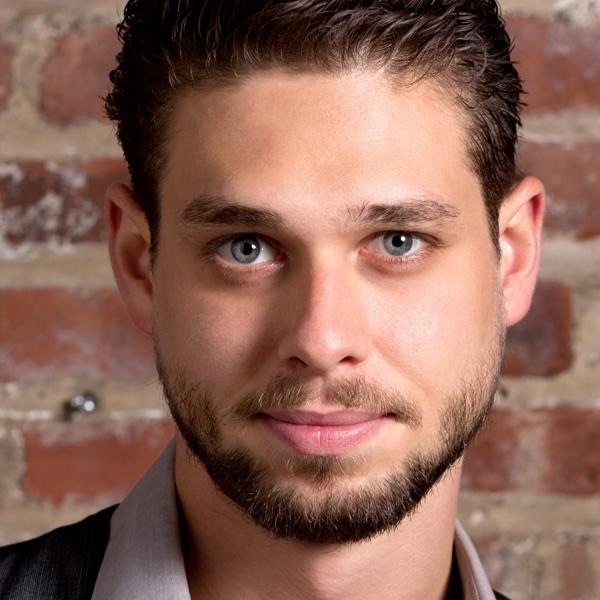 First the fun stuff. I am the oldest of four children, a native New Yorker, I love all music from Mozart to Marilyn Manson and everything in between, and a little fun fact, I know the tune to practically every song in history and the words to almost absolutely NONE of them ;-) Now my story.

At the age of three or four, I pointed (so I've been told) at the television screen in our small railroad apartment in Astoria, looked up to my mother and father and told them that I wanted to go THERE. They thought I was referring to Sesame Street. Of course that probably would have been a fantastic idea, but I think I was truthfully referring to the shows, movies, and stories that were constantly captivating me as a child.

By the age of ten, I started to do children’s musicals and plays with local theaters. By twelve, I was in the recording studio doing voiceover work for children’s shows and “English as a second language” tapes. By thirteen, I was told you needed be a "triple threat" and realized that I had two left feet and couldn’t dance.

I decided (after some convincing) that I would start to attend a tap and jazz class just to shake off the awkwardness. Apparently there was some dance in me after all. Nine months later I was offered a full ride scholarship to a dance school in Orlando, Florida. I practically lived in the studio and started to do all forms of dance.  I had the fortunate experience of winning scholarships to New York and California to study even further and also become part of DDK, a pro am dance troupe. Remember this was way before it was cool to be a male dancer but I did it and loved it.

Five years later I was looking at a professional dance career.  I started scoping out ballet companies to audition for after high school graduation and hoped to get to the next level.  Well, as the adults and teachers in your life tell you, and as the semi old adage goes...“you should always have a backup because you never know what could happen.  Dance is physical and you could have an accident and your career is over.”  I didn’t have a backup, nor did I want one.  I knew that I wanted to be on stage, sharing myself and story telling.  This was the only life for me.

As luck would have it, three weeks before high school graduation, I was involved in a horrible car crash.  I graduated high school in a wheelchair and my newly found dreams of becoming a professional dancer was dashing away.  I was told by the doctors that it would take between a year and a half to two years to completely recover to normalcy and also to “find a new ambition”.  They suggested that I would not be able to dance after the surgeries and the rod they put in my thigh attached to my femur may not allow me to gain my full strength.  I had a choice and my “I don’t have time for this” kicked in.

Within four months, I was out of my wheelchair.  Within one year, I was dancing again in my first show.  From there,  I decided to push the envelope and stare the “you can’t do this” in the eye.  I trained and was hired to became a professional stilt walker with Universal Studios.  My next goal was the arial arts and the silks.  I did that too.  I worked with several cirque companies throughout Central Florida.

After landing an international tour with Disney Live and Feld Entertainment, I traveled Asia and Europe for three years as an actor, dancer, and puppeteer.  When I decided to leave the tour, I knew it was time to return to my roots and true passion.  I knew that my dance shelf life would be coming to an end sooner than later. I also knew the longevity and strength it took to be on stage was getting more difficult for me due to my injuries.

Not so sure what I was going to do I moved to New York.  I had some fear for the first time in my life.  I auditioned for dance gigs, did some commercial work and picked up odd jobs to keep the money flowing.  What if I couldn't do this? Be this?

It was then that it hit me like a ton of bricks.  It was as if the clouds had cleared.  I became so obvious to me that EVERYTHING happens for a reason.  I would have never stopped dancing, and would have never been able to fully return and commit to my original and still very alive dream of being a professional and well trained actor if it weren’t for some bigger power putting something like an accident of that nature in my way.

It was at that point I put the dance shoes back on the shelf for a while.  I applied for and was accepted to The William Esper Acting Studio.  I diligently studied in many different classes of the craft and completed the two year acting program in May 2012. Since then my life has been committed to growing and learning within my craft as an actor.

I am applying my life experience and world travel to my work to become the fullest, sharpest, and most flexible and available actor I can be.  Although I always continue my studies, and there is always more to learn, everything that I have acquired and brought to the table seems to be working wonderfully.

I am proud to say that I am now a consistently working actor in film, television, and theatre, and can’t wait to grow within my craft, myself, and my career.

AJ passed away at the age of 26 from a head injury.  His life's journey has inspired many artist's to pursue their passions in the arts, created the conversation about organ donation and inspired the launch of The AJ Project.
Like us, Follow us- Instagram us @4theajproject - The AJ Project 501(c)3
about-aj
Do you like this post?
Tweet