Why The AJ Project?

When AJ died in 2013, a fundraising page was set up to pay for burial cost. AJ's mom, Christine, made a promise that any money left over would go to a fund set up in AJ's name. The following April, Christine posted on Facebook and asked for anyone who would like to talk about a scholarship to join her for pizza. Twenty five people showed up and hundreds of others reached out offering their help. As the evening went on, they shared their connections to AJ, how their lives have changed since he died and what he brought out in each of them as a performer and friend. Like AJ, many of them were pursuing their artistic passions as actors, dancers, musicians, singers and film makers. Like AJ, they were dedicated to making their passions into a career.

Pizza that April turned into several round table discussions in the following months. What started out as a scholarship fund turned into a full fledged 501(c)3 non profit organization for the arts and it was agreed that organ donor education and awareness would always be a part of each and every program they do.

There are no real answers of what happened and why AJ got hurt that October evening. The story goes that he was found by a friend outside of his apartment on the ground. He was confused, started to vomit and was taken to the ER. The doctors discovered a hairline fracture on the base of his skull so they kept him for observation. After 18 hours in the ER he was taken to the Neuro/ICU and in less than 2 hours it was discovered that his brain swelled. AJ was swept into emergency surgery to relieve the pressure. The family was told that without a miracle he would never recover and most likely die.

While in surgery, a post was made on Facebook for prayers. Within 20 minutes of the post the waiting room of the ICU began filling up. AJ's "tribe" of friends began showing up that night and never left AJ or his family. 24/7 there was someone by his side. His friends, his co workers, people he met once briefly and people that never met him at all. Hundreds of people showed up and held vigil by AJ's bedside.  The family was approached about considering organ donation and the family agreed.  5 lives where changed that day and AJ's story continues to be told today. 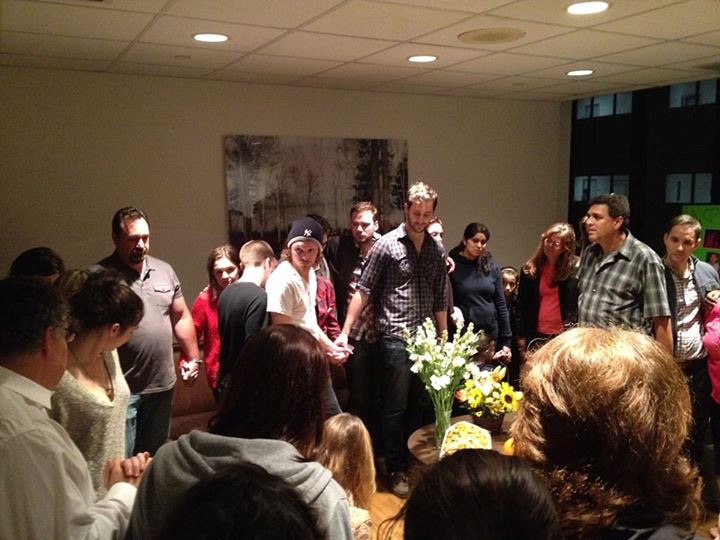 AJ was the oldest of 4, a father to be, professional dancer, actor and stage performer and only 26 years old when he passed away in 2013.

Posted by AJ's sister Kitty Perrelli to honor her brother.

is a term used to describe a scented trail left by the fragrance wearer. It comes from the French word for “wake,” as in the trail left in the sky by an airplane or on the water by a boat.  Sillage defines how fragrance diffuses around the wearer, and a strong sillage means that a fragrance projects well. Sillage has nothing to do with the richness of the composition, however, but rather with the diffusive nature of the materials that go into it.Victoria in Perfume Notes

This annual event is held in Queens NY is an homage to AJ's talents in the arts and his final casting call as an organ donor.  The event highlights local emerging and professional singers, dancers and video production teams.  We speak of AJ's organ donation and high light local organ donor recipients and those in need. The event highlights any services, productions and future initiatives that The AJ Project is working on. Visit our AJ Project YouTubechannel to see the talent and productions that made the events special.