In 2010, AJ Perrelli moved to New York City.  This was after he left his Orlando home at the age of 19 to perform overseas for two and a half years. As one of the youngest performers to go on tour in the Disney Live show Three Classic Fairy Tales- DL4, his primary roles as Goofy and as a dancer in the Beauty and the Beast segment gave him the opportunities to not only dance but act. When AJ decided to go off tour he knew he needed to follow his first love and study to be a trained actor. This is his submission letter to to the renown William Esper acting school and a picture of his graduating class. These people became his "Tribe" his best friends and his adult life as an artist in NYC. 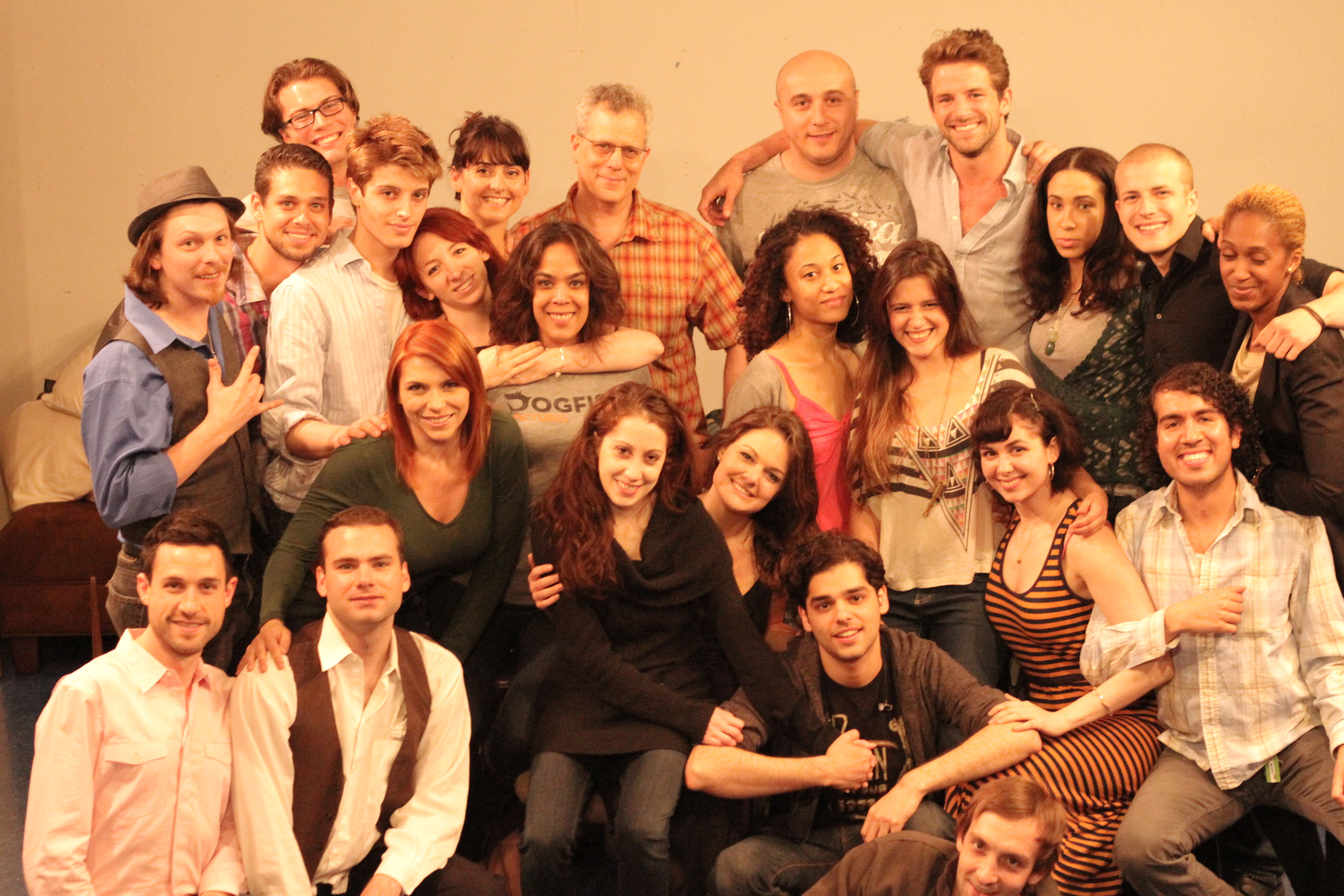 My name is Anthony Perrelli, and I am interested in attending your acting program. I had recently been told of your teaching, and after reading up and doing my research, I think your program has amazing things to offer, and can help me build all the skills and give me all the tools necessary to progress in a career.

When I was eight years old, I realized that I wanted to be an actor, along with a baseball player, a writer, and a fireman of course, so it wasn’t until years later that those other dreams had faded and my parents had realized I was serious about that particular career choice. As a young boy, going to the theatre or even watching a movie, and being effected so much by a situation, a story, or a characters journey, made me realize that this art is so powerful, and that I wanted to be a part of that.

Along with taking acting classes as a child, my mother had explained to me that, “to be a truly successful performer, you should be well rounded,” so I focused on singing, and when realizing I had two left feet, decided to take dance classes. Shortly after that, I figured I would throw a few instruments in the mix, and that had then been the theme of my “training”, was to see what else I could pile onto the repertoire, not realizing that I was slowly losing sight of my original ambition to be an actor.

I started to excel in dance, and finding much opportunity and constantly being recognized as “the dancer” I decided that I would pursue that to a professional level. I was fully concentrated on my dance, but three weeks before my High School graduation, I was involved in a horrible car accident, restraining me to a wheelchair for some time and redefining what level of professionalism I realistically was able to accomplish, and for what length of time? Although many see this as a horrible dream-ending circumstance, I then saw it as an inspiration and opportunity to redirect my efforts.

I continued down the musical theatre route for some time after my recovery, but had also realized that I wanted to start to hone in and seriously learn and study the craft of acting, as I once had the goal of doing. Because of my many years of trying to acquire as many skills in the performance field as possible, I am slowly recognizing that I am a jack of all trades, and master of none.

I have recently refused my offer of another musical theatre contract with my recent touring company to move to New York City, and sharpen the skills I had learned in the past years, as well as develop new skills I have not yet had the opportunity to learn yet. I see this as the chance to finally concentrate on my acting skills, developing technique, and acquiring the tools needed to be confident enough to focus my career where it was originally intended, to be an actor. I had developed a love for many different arts over the years, but nothing ever had as much of an effect on me as being able to develop a character, a story, make them your own, or become a part of an experience as an actor.

As an audience member, I feel that if you are an effective actor, you have taken your audience on a mental journey, a rollercoaster, and brought them to a place that hopefully has effected them in one way or another, whether it is to make them happy, sad, angry, vengeful, and to make them laugh, cry or miss someone or something. Maybe you have actually changed a thought process or mentality of a person on a certain subject and made them think? Maybe you just gave them a short time of laughs, and helped them to escape reality for a bit. I feel that this is such a beautiful art, and that is why I want to be an actor. That is why I would like to be accepted to your program.

I feel that you are a product of your teachings, so being that I am serious about this being my life and my career, I want to learn from the best, do things the right way instead of a fast track of short cuts and wrong doings, and give myself the best chance to succeed. That is why I want to be an actor, and that is why I would like to attend The William Esper Studio. Thank You for your consideration, and I hopefully I will hear from you soon.

The AJ Project is a 501c3 nonprofit organization. www.4theajproject,org Your contribution is tax-deductible to the extent allowed by law. No goods or services were provided in exchange for your generous financial donation.