4:10 am, October 10th 2013, a call came. Christine Perrelli's 26 year old son AJ fell and hit his head. He was found on the ground outside his apartment around 10 pm the evening before. His friend did the right thing. Kerry called 911 when he saw AJ had a nose bleed and started to vomit.

He relayed to AJ's parents that AJ was going to be transferred to the ICU at the bigger hospital, not to worry, it was only for observation. It had been less than 1 hour from the time he left his friends sitting inside his apartment to the time they found him crawling on the ground.  He had  already in the ER five hours and no one seemed worried.

4:20 am  I called AJ's dad. I was out of town with my daughter. This was a rare thing.  I never went out of town but took advantage of meeting a Florida friend in Baltimore and make a girls weekend out of it.

4:45 am  Dad arrives at the Manhattan Hospital.  He was told that AJ had a small hairline fracture on the back of his head and some slight internal bleeding on the brain. Again he was told he was there for observation and they would move him up to Neuro Unit just for observation.  Dad calls me and relays information. The conversation is for AJ's sister and I to stay.  AJ should be OK. No alarms here according to the docs. Dad was told  the hospital would just monitor him overnight.

AJ's brain was bruised and swelling internally and little did anyone know that within a few hours he would be undergoing an emergency surgery to open his skull and try to save his life.

AJ in Phuket Thailand. He traveled the Asian Pacific rim and Europe for 2 1/2 years as a dancer and character performer with Disney Live

AJ, the healthy strong, amazingly funny and talented man, was laying in a bed helpless. He had tubes and machines helping him to breath. His life as they all knew it was over and the family was told his brain was on a journey to death. It could be only a few days before his organs would start shutting down. It was so overwhelming.

How could this happen to this incredible man? He was a two time a week visitor to his parents/grandmas house. The oldest to his 2 brothers and sister. The favorite cousin and uncle. The life of the party. The dedicated friend. He was a professional dancer, a singer and actor.  He was a father to be expecting his first child in 8 months.  All he had worked for and trained for since he was 12 was coming together. He didn't know it but while he was in the hospital he got a call to audition for an emmy award winning choreographer Mia Michaels for a part on Broadway play called Neverland.  This was not right.

The time came and his family was approached about organ donation. The statistics where mind blowing. Over 10,000 New Yorkers alone where waiting for life saving organs. 123,000 nationwide. The majority of donors are from head trama leading to brain death. That happening to someone really narrows the odds and then there is the yes or no factor.  The family was told that their son could save up to 7 peoples lives.

Ingesting all that information in the middle of the darkest days of their lives was difficult. They investigated, asked a lot of questions and spoke to anyone that they thought could give them answers.  Honestly, they were still waiting for the miracle.

Hesitantly, 7 days after his injury and 24 hours after his declaration as brain dead the family said yes.

Only after they agreed did it occur to them that Cousin Frank was on the list. Oh my God! what do you do? What if it was a match? AJ's father Anthony called Frank's wife.  By this time they heard that AJ was passing away and also heard he was going to be an organ donor. Anthony bluntly asked.  If it is a match do you want my sons heart?

Come to find out there is a thing called direct donation. Imagine knowing your heart donor? Your life is fading and your chance to live could be getting a heart from your cousin! This decision was life or death and none of them wanted to say yes or no.

Ultimately the choice was made for both families. The test showed that Aj's heart was not a match. Happily, 6 months to the day of Aj's funeral, on April 26th 2014, Frank received a heart. His  fourth attempt was a good, healthy heart.

Usually the families of donors are not the ones that are advocates for donation. For Christine, talking about AJ's life and death gives her a daily reminder of the proud momma he always made her. Knowing that her son was one of the 223 deceased organ donors in 2013 in the Greater New York metropolitan area* makes him a hero in her eyes. But also learning the NYC area was almost dead last in the country for registered donors was upsetting.When asked, Christine always says " I pray that the two people who received my son's corneas see the beauty of the world as he did. I hope that the gift of the heart beats with the passion for the arts like my son. I pray that the people who received his gifts of life live life to the fullest, filled with adventure and joy like he lived his. My son is a hero!" That is why The AJ Project was formed.

The AJ Project's goal is to find social causes that need a voice and connect their talented worldwide network of creative artists to be that voice. Their personal passion project is organ and tissue donor education and registration.  They connect the arts using dance, music, film/video and theatre artists to create original content for live events, social media campaigns and websites.

While creating content for others, The AJ Projects Passion Project is bringing awareness to organ and tissue donor education. The founder, Christine Perrelli, has the unusual experience of knowing both sides of this issue. Unless you, or someone you know, is in need of a life saving organ donation or your family member is a donor you may not even think about it. She didn't. But that changed.

The AJ Project needs your support! 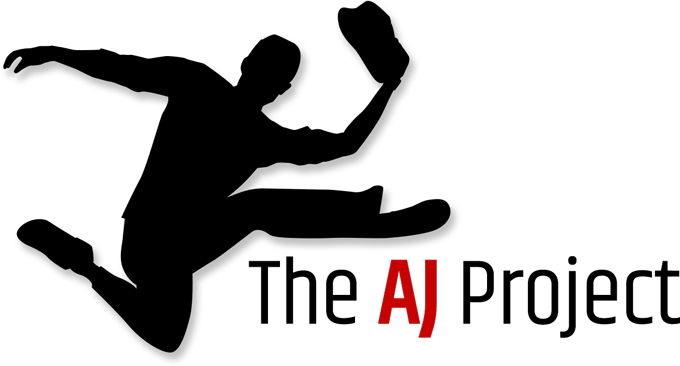 -become a social media ambassador:  take action, get the word out, share our content, tell the world about The AJ Project

-fundraise: it cost money to produce some of these events.  Every penny goes towards the next project, the next cause.  We would like to pay our professionals at least something sometimes. To set up your own fundraising page for The AJ Project or to donate individually click here.

-get us corporate sponsors: does your company have giving campaigns? Do you own a company?  We are a non profit so all donations (money, in-kind services and products) are tax deductible.

-be part of a production team: write or perform on original music, perform at a live event, offer your services in pre or post production

You get to work on great projects with great people and make some pretty awesome connections. You will receive full credit and can use the final productions to promote yourself on your website, demo reels and social media. You all know it is who you know and through volunteering and internships you can gain contacts, skills and create and perform on an awesome cause.

The causes we are working with get professionally produced products they can use on their websites, at fundraisers and in social media. A big plus for them is that they are working in partnership with another non profit promoting our cause, giving a platform for our creatives to contribute and it can all be tax deductible.  How cool is that?

For the creative artist or supporter of the arts, The AJ Project offers both paid and volunteer opportunities depending on the project and location.  For non profits, foundations and social causes we connect you to our worldwide creative teams, creating content for the web, live events, music, film and video production services. The AJ Project is a 501(c)3 non profit organization.  4theajproject.org

Even if you are already registered with your DMV make it point to register on the First National Organ Donor Network by visiting www.Organize.org