Posted by Christine Perrelli 836.40sc on 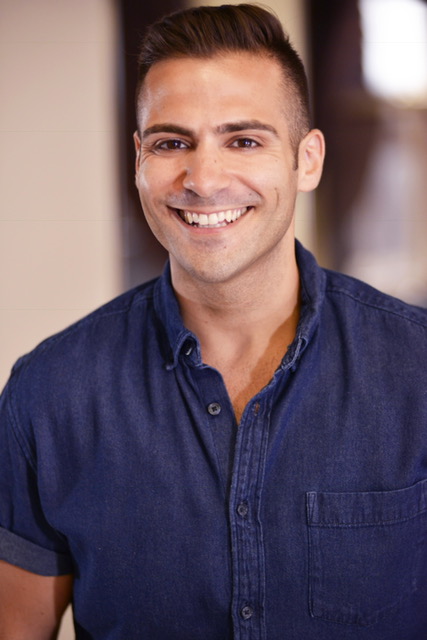 We just got word and wanted to share with you that a show called THE LEFT SIDE OF THE MOON: An Evening with Michael Mott and Friends is making it's debut at Birdland Jazz Club on February 27th.

Mott, a friend of The AJ Project, will showcase several new songs as well as music from his debut album, "Where The Sky Ends" and his original musicals: "In The Light," "The Don" and "Lucifer." He is also really excited to share his new song co-written with Multi-Grammy and Tony Award nominated composer/producer Frank Wildhorn (Jeckyll & Hyde, The Scarlet Pimpernel, Victor:Victoria, Dracula:The Musical, Bonnie & Clyde and Wonderland).

Michael's friends for this show are a who's who on Broadway and a few pop artists that have made a name for themselves as well. The evening features Kara Lindsay (Wicked), Broadway's longest running Elphaba, Jackie Burns (Wicked, If/ Then, Hair), Jeremy Stolle (The Phantom of the Opera) Alan H. Greene (School of Rock), Brad Greer (Bridges of Madison County), Dan DeLuca (Newsies), Loren Allred (NBC's The Voice), Meg Doherty Scannell (Hairspray) and Turkish pop star, Seran Bilgi. Complimenting the talent will be a five piece band under the musical direction of Joshua Zecher-Ross   (frequent 54 Below musical director).

The iconic music venue is located in mid-town Manhattan at 315 West 44 Street. Compared to a lot of NYC show places the $30 ticket price and $10 food/drink minimum is a good deal.  According to the Birdland's website they offer "top-flight jazz in a world class setting, good sight lines and acoustics, elbow room, and an award-winning menu featuring American cuisine with a Cajun flair." The doors open at 5 pm/show 7 pm. For more information on the venue and ticket information you can visit www.BirdlandJazz.com.

I first met Michael Mott and many of his "friends" when I was introduced to his cabaret show at The Astor Room located in the Kaufman Astoria Studio complex in Astoria. On any given Wednesday night you may see an up and coming singer, Broadway star or witness the beginnings of the next Broadway hit (at the songwriters showcase). The unrehearsed evening usually starts a little after 8 pm with an opening number by Mott then followed by three to four performers accompanied by a talented pianist on the famous baby grand rescued from the now defunct Kaufman Astoria recording studio. An added plus to the fun filled evening is there is no cover, no minimum and no reservation needed. For you outer borough travelers its an easy walk from the N,W or R train to the Kaufman Astoria Studios complex where it is located. Don't walk by too fast because the location can easily be passed. Just look for the big Kaufman sign and you are there.

Michael is constantly working on projects and is currently in the studio recording his second studio album which he hopes to release in late spring/early summer. Like his cabaret shows, Michael has invited his friends into the studio and feature some of the best from the Broadway community and Pop world. According to Mott "this is a very different direction from 'Where The Sky Ends,' which was really a compilation album of several different musical styles.' I have really found my voice as a writer over the past couple of years and have focused on the feel good pop and soulful romantic side of my musical vocabulary. There are several different styles of "popular" music included on the record including dance pop, soul, R&B, gospel and folk, to name a few. I have teamed up with an incredible pop and hip hop producer named Richard James, who is really bringing these songs to life in a fresh, new way that makes them feel very current, yet timeless. I cannot wait to share this album with everyone and start to include all of these new songs in my concert set list."

Announced vocalists for his new release so far include: TONY Award Nominee, Jennifer Damiano (Broadway: American Psycho, Spiderman, Next To Normal), Jay Armstrong Johnson (Broadway: On The Town, Catch Me If You Can, Hair), Natalie Weiss (Breaking Down The Riffs), Eric LaJuan Summers (Broadway: Kinky Boots, Motown, The Wedding Singer), Loren Allred (NBC's The Voice), Kacey Velazquez (Upcomingpop/ R&B singer). Several other singers will be announced via Mott's Instagram page at @Michael_Mott over the next several weeks.

Connecting Creative Artist to our Community

We connect our member network of creatives to your project

Membership is free: Our tribes include but are not limited to: video and film production, editing services, live and produced music, actors and stage performers, graphic artists, body painters, live event production & consulting services on your production.